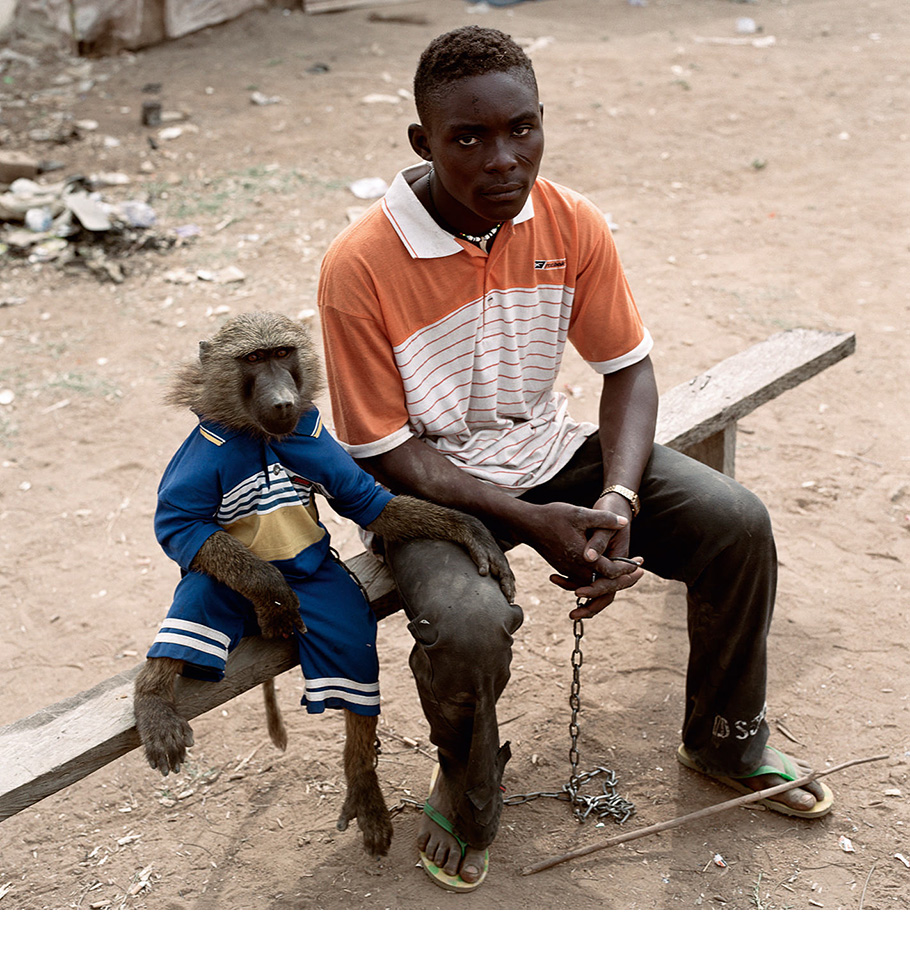 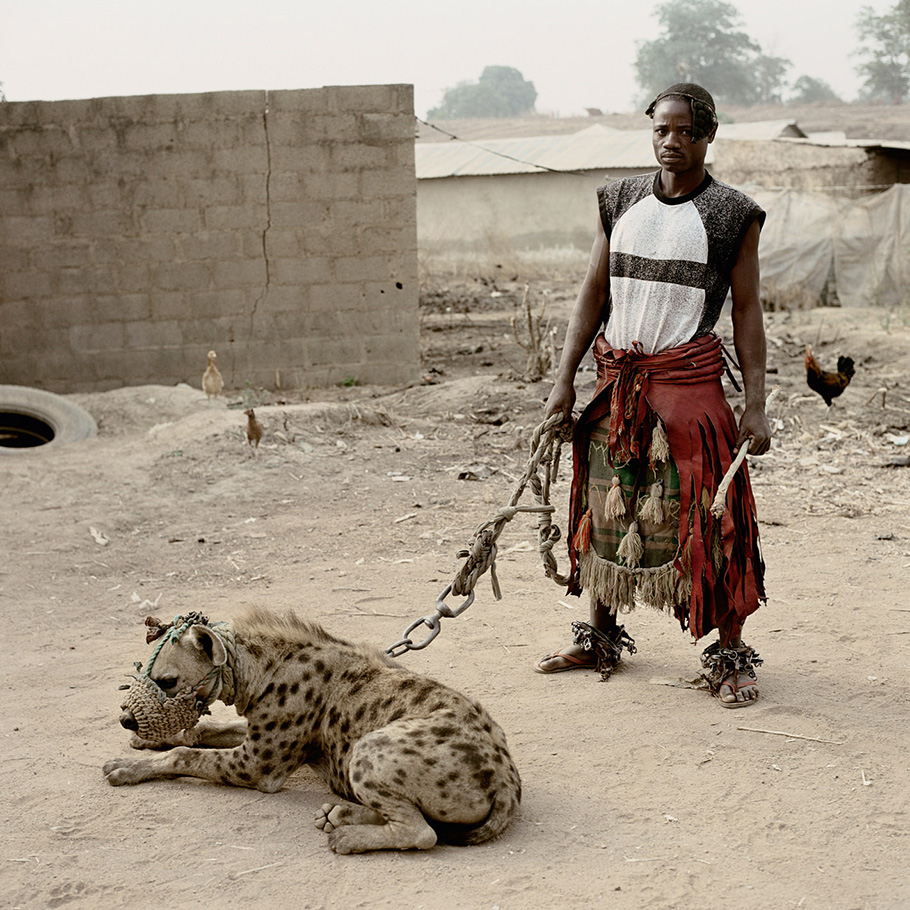 YOU HAVE SAID THAT YOU DISTRUST THE PORTRAIT SINCE IT DOESN’T CONVEY THE TRUTH. WHAT, THEN, IS IT SUPPOSED TO CONVEY?

Sometimes I look at my work and how people read it, and it has no relationship to what I might have experienced in taking the picture or what I might get from it. There’s no absolute truth in what a portrait can convey. I think the way I view photography is closer to poetry than to documentary. This makes me think of filmmaker Werner Herzog, who says he is not interested in relaying an accountant’s truth in his documentaries. It’s one thing to portray something and to give an inventory of facts, and another to use those facts to your own ends, to achieve something that Herzog defines as an ecstatic truth, an experiential truth. I think this is something that can be related to portraits. Mostly, I am not particularly interested in conveying the actual truth about a person – and I would be extremely distrustful if that was someone’s intention. But a portrait can definitely convey some kind of emotive experience, or ecstatic experience, and some level of identification and catharsis that one experiences in relation to the portrait.

DO YOU THINK YOU ALSO BENEFIT EMOTIONALLY FROM THE PORTRAIT PRACTICE?

Richard Avedon, in his preface to In the American West, said, “Sometimes I think all my pictures are just pictures of me. My concern is ... the human predicament; only what I consider the human predicament may simply be my own.” Taking portraits implies a dynamic, but at the end of the day it is the photographer who has complete control. You choose the edit, the setting, the angle; and one shouldn’t lose sight of this. You have certain preoccupations that you follow through, and you do your investigations and spend time on certain matters; and at some stage your pictorial characters, whether they’re portraits, landscapes, still lifes or constructed realities, start taking on a life of their own, and you have to acknowledge this. It’s the same with a novel. A good novelist knows when his characters are three-dimensional and he can’t dictate what their lives are any more; they start living their own lives. You set certain things in motion with your project, but your subjects become something completely different eventually. They are independent entities.

HOW MUCH ARE YOU INFLUENCED BY WRITERS?

YOU HAVE SAID THAT LANDSCAPES ARE OTHER CHARACTERS IN THE STORY, AND THAT ON YOUR RECENT TRIP TO UMTATA YOU FELT MORE AT EASE WITH LANDSCAPE THAN WITH PEOPLE. DO YOU SEE THIS AS A SHIFT IN YOUR APPROACH?

I find the process of making portraits much more immediately intense, while landscapes can leave more room for questioning and contemplation. It is about looking at something that is interesting to you, and then asking yourself why it is interesting, and deciding when you make the photograph: “What do I include and what do I exclude?” I guess it depends on the preoccupations that you have while shooting.

AND WHAT ARE YOUR PREOCCUPATIONS? WHAT IS BEHIND THE WHIM THAT INITIALLY SETS THE PROCESS IN MOTION?

I think I generally have a compulsion to do something and afterwards I deconstruct why I did it and what attracted me to it. With time you notice that certain threads keep repeating themselves: frailty, vanitas. I noticed I kept getting drawn to these things without necessarily having the intellectual capacity to understand them; I only understood them later on. As a kid, I listened to gothic music, I used to dress in black, but at the same time I was a surfer. Maybe this is why I ended up being a photographer – a weird combination of morbid fascination and outdoorsiness! I also have political preoccupations – I walk into an abandoned and desecrated hospital in Umtata and I feel angry about it. I suddenly feel like an activist, not an artist. I have definitely seen photographic works that have changed my life; maybe not changed how I feel about a specific topic, but it is hard to generalize. I think of David Goldblatt’s landscapes, In the Time of AIDS – they made me aware of the fact that a landscape is not fixed but actually changes, and this profoundly influenced the way I look at the world around me. This comforts me and disturbs me at the same time, since it made me realize that you have to take a position, take responsibility.

IN NOLLYWOOD, YOU SEEM TO BE EXPLORING MORE IN DEPTH THE FICTIONAL ASPECT OF YOUR WORK, YOUR RELATION TO LITERATURE AND WRITING. IN NOLLYWOOD, YOUR RELATIONSHIP WITH YOUR SUBJECTS TOUCHES ANOTHER REALM, SINCE THEY ARE ACTIVELY REPRODUCING SOMETHING THAT IS IN YOUR MIND, AND GIVING A NEW SHAPE AND NEW PERSPECTIVE TO YOUR IDEAS.

I have been taking pictures like the Nollywood series since I was a teenager. The first picture I took was very similar to the Nollywood spirit: I used to go out with friends on an impulse to create something, in a very spontaneous way. It was probably naive, but for this reason there was a strong energy in the results. Obviously as I got older things became more complex. I don’t see it as a new thing; on the contrary, it’s me returning to something that used to interest me in the past. It is interesting to be able to switch between different media: as a writer can write a novel or literary criticism or an article for a newspaper supplement. Understanding the nature of language is the real empowerment, and then you explore. If I look back at my teenage pictures, they are much more similar to the Nollywood images than what I shot in between.

SO WITH NEW MEANS AND A DIFFERENT LEVEL OF CRAFTSMANSHIP AND MASTERY OF THE MEDIUM, YOU PRODUCE SOMETHING THAT IS STILL CLOSE TO YOUR FIRST VISION AND RELATIONSHIP WITH PHOTOGRAPHY.

A friend once pointed out to me: if you want to know what to do with your life, or you’re confused, think of what made you happy when you were a teenager and you will probably be quite close emotionally to an honest answer.