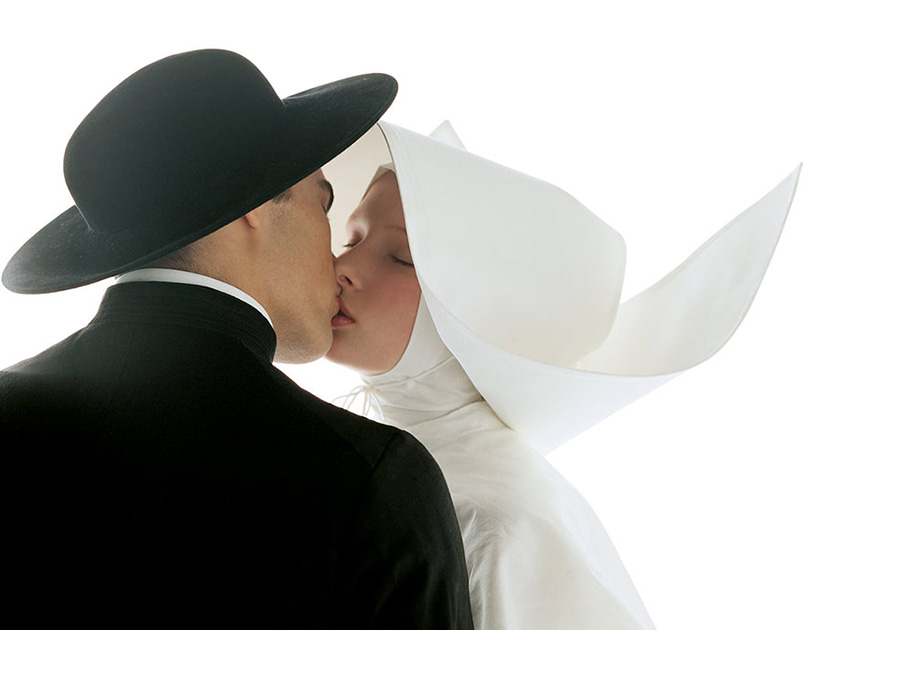 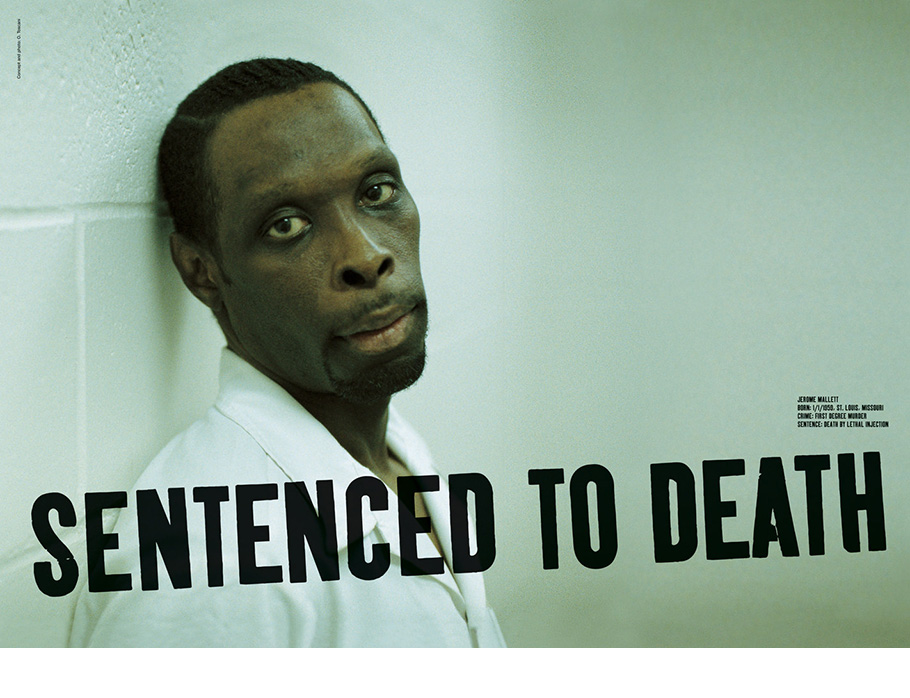 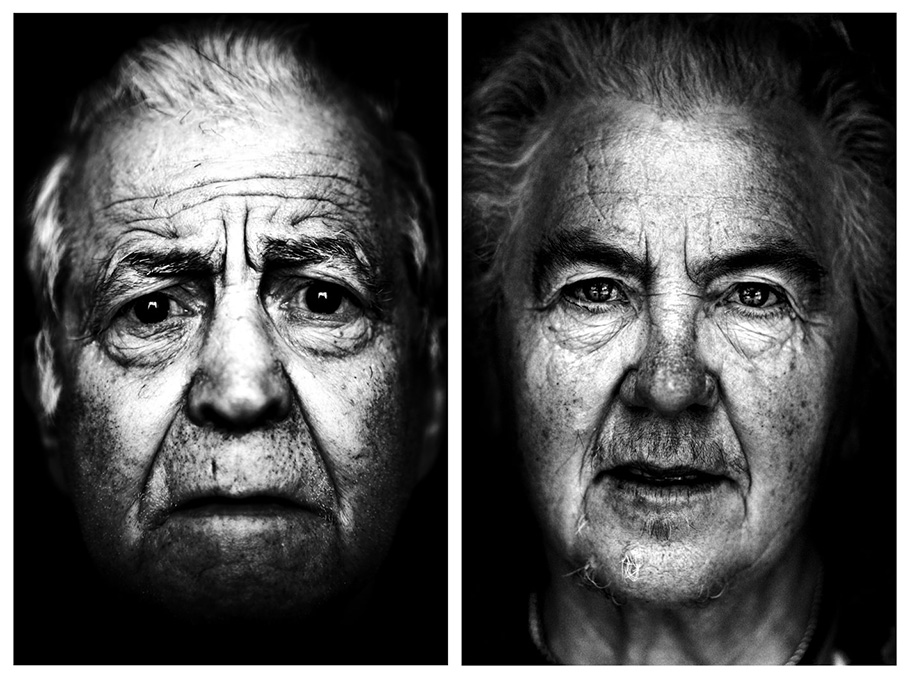 I am more of an “imaginator” than an old-school photographer. To be a photographer today you must think of your image and then produce it. I am not a reporter. I imagine the image that I should do, that we need at this time.

Look what happened when I created the picture of Isabelle Caro. It was the right picture for the right moment. It drew attention to anorexia, but at first there was an incredible discussion of, “Is it right or is it wrong?” to have such a picture of this woman and in an advertisement. But then the editorial people afterwards have used the picture everywhere, more than the original advertising.

Editorial comes after advertising in this case, which is unusual perhaps, but it has often happened with my images. It has happened with pictures I have done around prisoners on death row, or with covering Aids – I made the images and saw them immediately reach out beyond the advertising they originally appeared in to have an ongoing life in editorial. It happens constantly, even with pictures that are now twenty years old.

What I do is really by instinct. Things come up that I think I should do something about. It is not about taking it easy; it is about responding to the things that keep me alive! Others may call it art.

My beginning point is how I think it should be. Not the influences from others; I have to judge and know my own point of view. I think about what is going on around me; I read the paper, see things. I made a decision not to go to the movies any more, to keep myself independent in my imagination. The only thing I do really take in is that I always have the daily newspapers – British, French, German, as well as the Italian, all the languages I can understand. And then I ask: how is this like that, how come that is seen as politically correct when I think it is not? Especially when I think it is totally incorrect! For example, I thought all those people who managed the economy, the business people and the marketing men and so on, were a bunch of bullshitters. And look at the news – it turns out they are a bunch of idiots. I like to think how we can show this. That such people decide what creative people should do: this is a crisis.

I hope our children will create art, not bombs or other nonsense. Creativity should be everywhere. You can be creative even if you work with economics. There are too few people who are really creative in their work. We don’t believe because of what we are, we believe in things because we want to be somebody else. We must be creative.

I try to work with people that are trying to be themselves. To do this I think you have to start with young people, not work with forty- or fifty-year-old people.

I did not at first choose to be a photographer. My father was a news photographer for Corriere della Sera, so I could have been just doing a job, like a peasant doing the job that is following his father. But I had the chance to go to an art school, an incredible-quality art school in Zurich at that time. It was straight out of the Bauhaus, where graphic design had been taught by the likes of Itten and Müller-Brockmann.

I can use any camera but I am not a technological fetishist. I choose to work with the simplest equipment and process that will produce the image I want in the cleanest way. The first camera is my head, my eye. I put the camera behind the head, not the head behind the camera! People hide behind the technology, particularly computers, but it is important you don’t let it destroy your ideas, shape what you do. A lot of the young people get lost that way.

It is only ever easy to do something that has already been done. The process of doing good work is really based on insecurity – probably the best moment is when you are totally insecure, and that is the moment you are the most creative. If I do something in a secure way, that means I have already done that before. Any interesting work takes you on a path you haven’t been before. Constantly you have to be pretty uncom- fortable with things and you shouldn’t be afraid to be afraid!

This is life. When you wake up in the morning you are not sure you are going to survive to the evening, and that is how it is. It is like an adventure. You must go out and discover something. You have to have that attitude to every project if you want to do something interesting.

But sometimes you have to face up to the fact that you will not reach the point you want to get to. But you don’t stop; you carry on with the progression of life, of your research.

There is revolution in everything. That is OK. There are lots more images today – there are cameras and eyes everywhere. But we also have more pens and pencils too; but while we all can write, the good writers are very few. The same with photography.

Great images don’t have to be made by professional photographers. There are great images made by so-called “non-photographers”. But the ability to be consistent in taking good images requires you to know technology well. When you know it all, it can go into your instinct, subconscious, and like playing the piano or a guitar you don’t think about every little thing you are doing.

Every picture I take is because I want to, but it is not for me. If I was alone I wouldn’t take pictures. I take pictures to help other people see things the way I see. I don’t take pictures for myself. It would be like a politician doing politics for themselves.

Everybody knows me because of the Benetton work, but it is not my best work. It was the most promoted. More recently, in 2004, the mayor of a village phoned me up and said, “Toscani, can you help: it is going to be sixty years since the Sant’Anna di Stazzema massacre.” This was a Nazi massacre, 560 people killed on August 12, 1944 in this village in Italy. We talked about how to document what happened – “We would like to have a reportage of this,” he said. But I said, “How do you do that sixty years after the event when the village is partly reconstructed?” It was an immense challenge: how do you make a new document on something that happened so long before? So I thought about it, and I went to see if I could get an idea. I talked with the people of the village and I started to go backward in time as people told me what happened that day, when they were children. And from this I made a book about how the children do remember (grown up now), a document, and a fifty-hour film of the making of this. This has had lots of exhibitions. It is like a Shoah (Claude Lanzmann’s nine-hour film of the Holocaust) for these people. You find out you can do things you never thought you could do.

What I would really like to do is direct a daily paper. The newspaper is to me the best medium. It has everything: the world in just a few pages. The contemporaneity of it is always surprising. I try to be a newspaper myself and they help me be one.