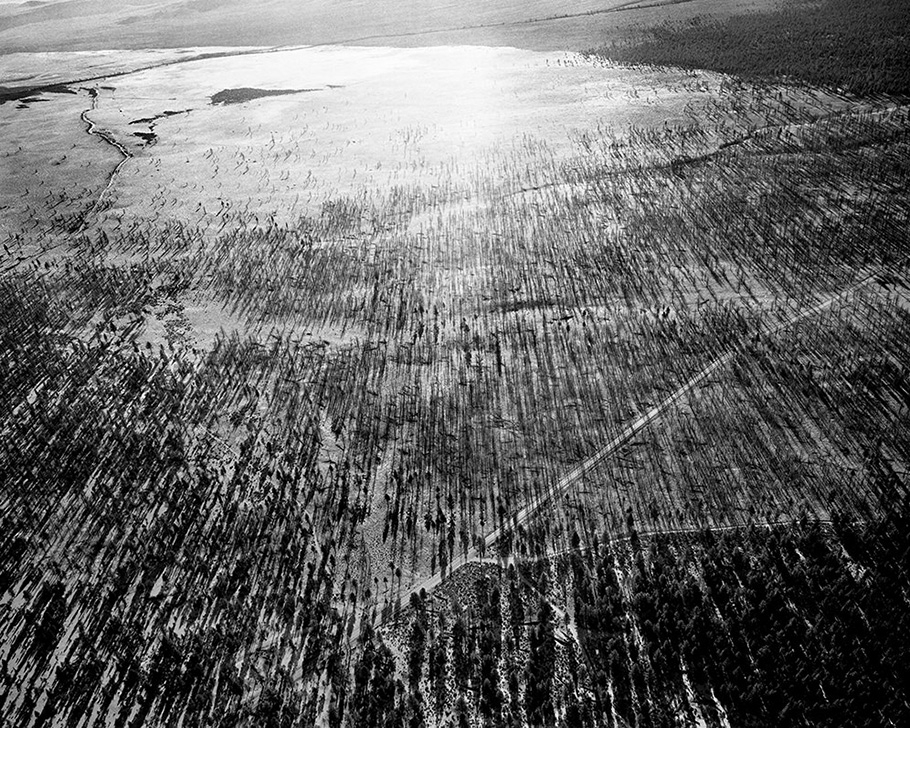 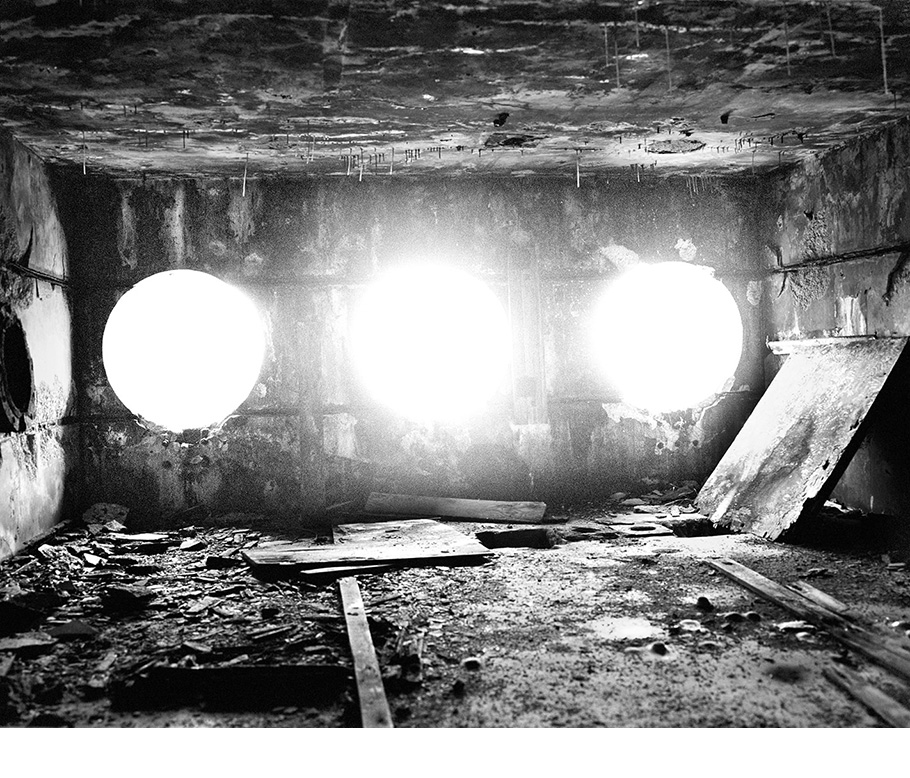 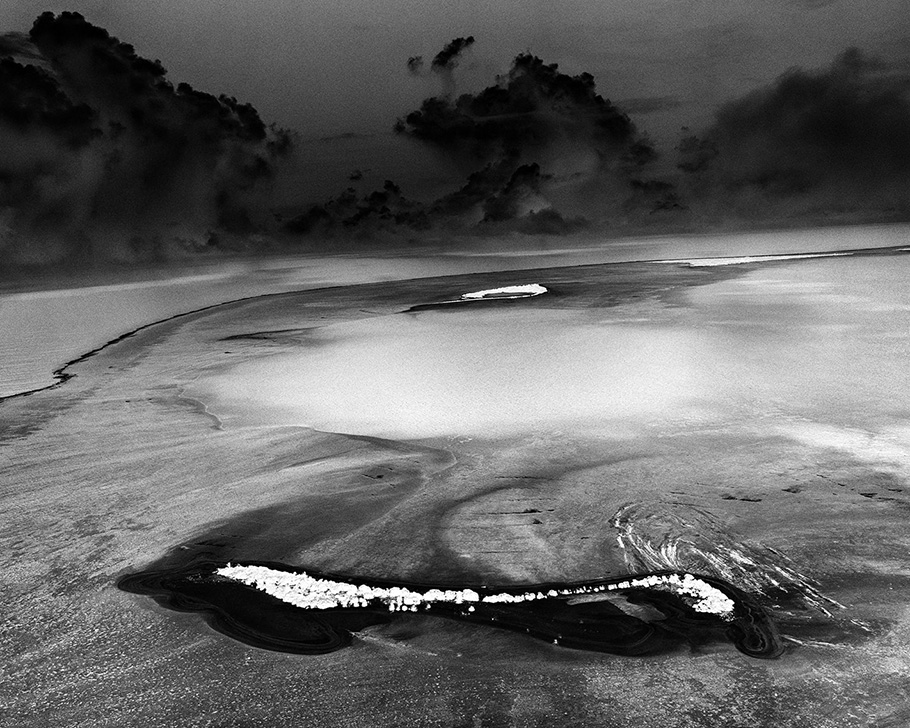 I am a photographer because I’ve been one for so long now that it’s all I know. It’s thus by default what I’m best at. The more time passes the greater my admiration for other professions, more concrete ways of living and acting in society. I’ve always been both frustrated by, and uncontrollably in love with, the abstraction of image-making. Freezing a moment in time and space, controlling it, orchestrating it, giving it importance over the endless flow of moments; collecting those important moments; cutting through the fog of incoherence, forgetfulness, disease, and death that accompany our lives, making meaning and narrative amidst the incomprehensible; leaving a hopefully eloquent record of my movement through my times after I’m gone, these are some of the reasons I photograph. I am most alive when I am seeing things beyond my own petty concerns and limitations—a kind of disappearance—and then transforming them creatively, leaving records washed with myself—a kind of reappearance. There’s nothing like it, and it’s quite paradoxical. I should add that as much as I am a photographer I am a book-maker. The two go together perfectly. Books bring the work to a public, and can at their best be sacred, charged objects with inexplicable cultural authority that goes back thousands of years. My books balance the inherent abstraction of the photographic medium, and make it as physical as possible, often in a democratically accessible way. There are still times I wish I was a physician, or perhaps an environmental lobbyist in Washington, or even a mother, but the book form makes what I do a bit more real.

I’ve always been interested in the aerial view, partly because there has been a lot of aviation in my family and because I was flying before I was driving, but, more importantly, because I have always been consumed with concepts of scale: why we as humans do what we do in the midst of our surroundings, where the edge of our competence and hubris might be, that point where our narcissistic species-egotism falls away in the face of larger forces. Power, alphabets of the sublime, wonder, terror, vastness drawn against the domestic are some of my themes. My work so far has pursued these investigations through a specifically American lens because I am an American and I studied the abstractions of this particular nation in my undergraduate years, but also because the seductive and appalling United States has been the outsized player on the globe for some time now. Things are changing, of course. Naturally, the more time I spend in the air the sillier things like borders and nations become in the face of geology and region, and the more I think about moving beyond my home country, but there is still so much for me to figure out here. Sometimes it’s best to contemplate the whole from the particularities of the closely known. I am not a fan of the trivialization of differences and leveling that can happen with the globetrotting photographer. We are not “one world under the lens,” and I hate that photography and other media can actually distance people from a deeper comprehension of something, and even sow numbness. Practitioners of the visual must constantly innovate around this, and know when to put away the camera.

I’ve worked from the inside out, driven by private obsessions and concerns that I’ve tried to articulate for myself first, and then hopefully outwards for a larger audience. One project makes another possible, both in terms of confidence and often in terms of resources, and I do think about the relationship of one project to another, about how they all add up together in creative terms. To me, all my projects are driven by the same fundamental concerns and are all explorations of a few core ideas. Obviously I like to take on big subjects: the first human contact with an alien world (Full Moon), that moments when we figured out how to ignite our own stars (100 Suns), the myth and reality of the modern “empty” America seen from above (Some Dry Space: An Inhabited West). But that populated West is still unspeakably vast, as are the forces creating it, both cultural and geological. All my work is landscape, and the issues circling around landscape are almost overwhelmingly huge. There’s a place for quietness in life, certainly, but I’ve always pursued things all out and intensely.

Some Dry Space: An Inhabited West, the rather sprawling aerial work I am immersed in now and for the foreseeable future, is articulated around documenting the way the built world in the arid West relates to more unsettled areas, and expression of the geology that under girds both of them. It’s equally about cities, suburbs, and natural grandeur. It’s also about my very different photographic responses to each, and in that way it’s about classic exploration and discovery. I try to have some structure and concept, of course, but when it comes down to taking the doors off my aircraft or the rented helicopter and imaging, I prefer to leave preconceptions behind and try and see like I’ve not seen before. It’s the same when rooting through a forty-year-old iconic photographic archive: one has an idea of what one will find, but the real work begins when one starts wandering and meandering. That’s the best part, when one surprises oneself and comes away astounded with something genuinely unexpected. Exploration of the world itself—that un-ironic old saw of tired photographic modernism—still often does it for me.