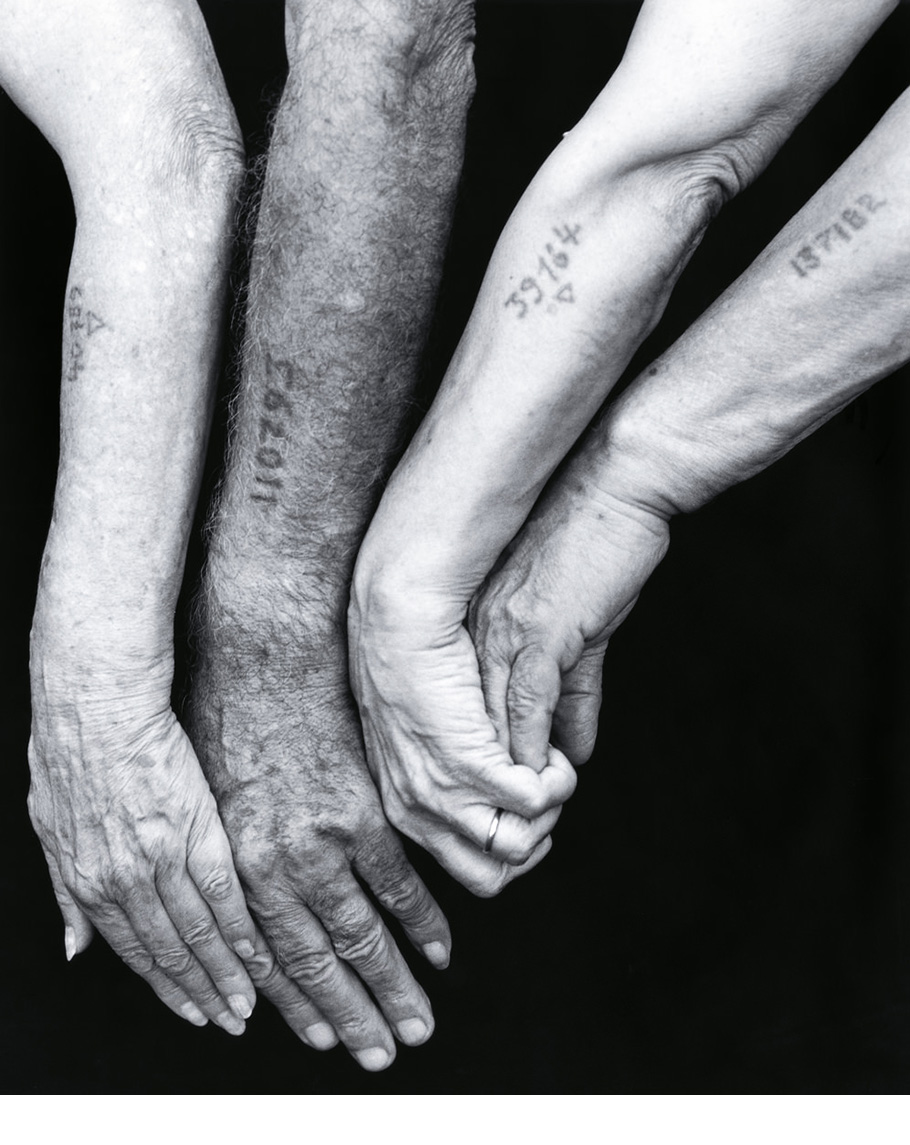 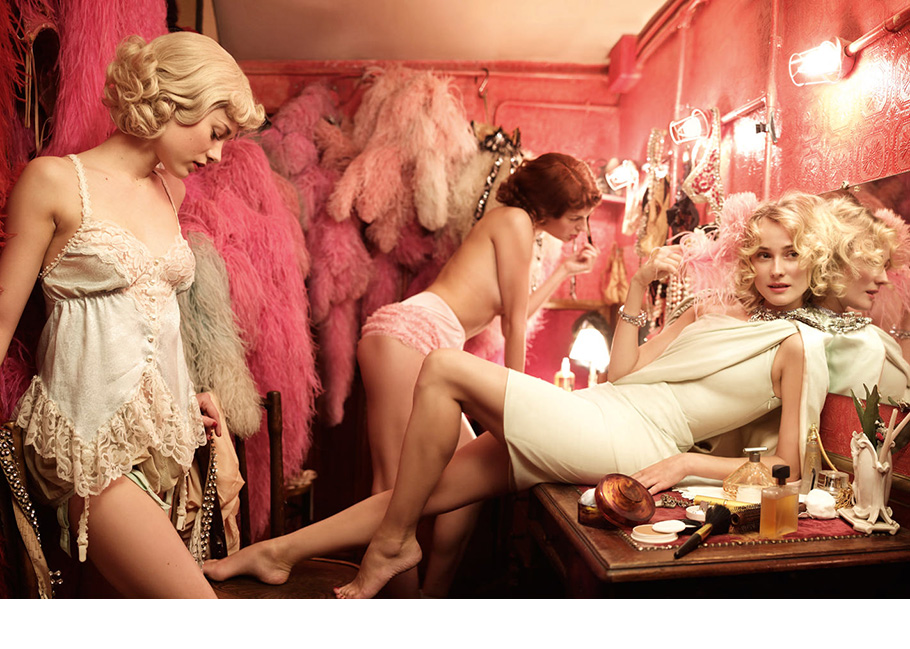 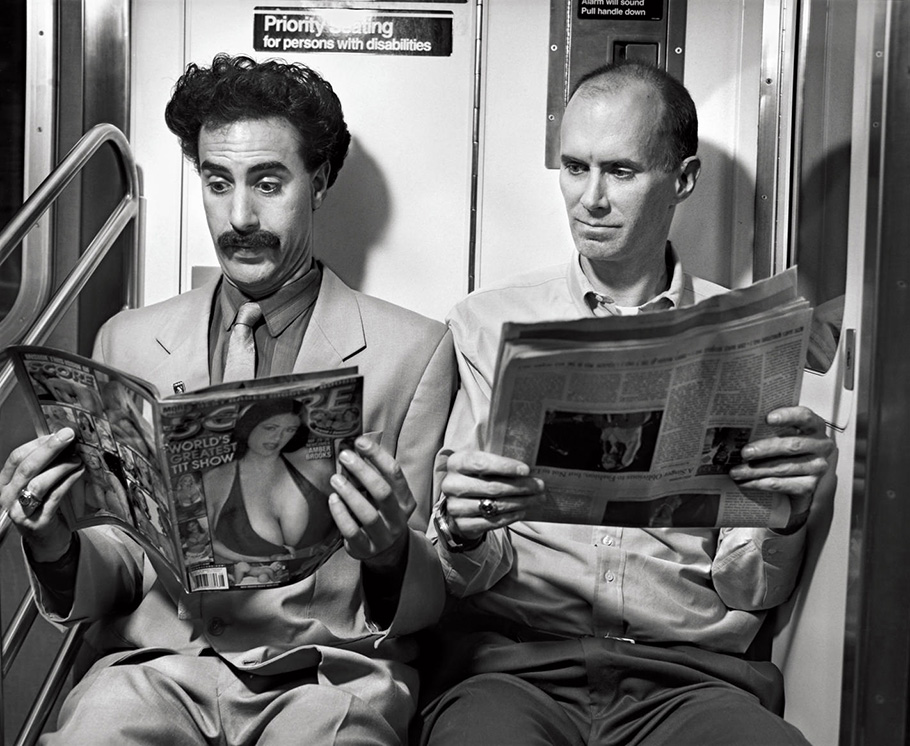 I always start from the place of an idea. I don’t walk into a photoshoot without an idea at hand, a possibility of where I want to go – perhaps just the format and the energy, or perhaps something really conceptual that might take a lot of planning and have a very strong foundation.

The world is always changing, pop culture is always changing; I don’t know if it is better or not than before. If you wait long enough, it all comes back. You can’t be limited by this culture, or who you shoot for, it is more about how you see yourself and how you want to evolve.

I am interested in all photography. I don’t consider myself anything more specific than a photographer – I play with landscapes, still lifes, all kinds of portraiture.

For my Holocaust book, which was the first time I worked on a book, I wanted it to have a sense of history. I wanted to find a style of portraiture that could be documentation but also could serve as the pre-emptive moment when you look at the stories. It was a collaboration of story and photography; the roots of the book were to capture these survivors and their stories while they were still around, which is obviously becoming less and less of an opportunity. Some of them had never told their story before.

The In My Stairwell book was a very different experience. I had this space in my building, which I transformed into a daylight studio. It looked like a stage. Using that as a mini-theatre or set, I invited people in or just photographed them there on the side of an assignment. That developed into the idea of really pulling out specific people – writers, dancers, artists, and so on – to be an encyclopedia of art at this time. We collaborated with the Brooklyn Academy of Music and found various stories. It developed into a pretty lively group of people.

Technology is a tool for how we do things, but the photographic process is not about the equipment or the medium, it is about how I see things. You can learn the technique, but the interesting questions are about how that applies to you, what image you make and the print you make. I am very much into printmaking.

Every image dictates its own size. You need to look and decide whether it is small or big, or whatever. But people who buy photography tend to want to buy big, which is not surprising at all. I am making platinum-palladium that are thirty-by-forty inches, which is a nice big, fat print.

Why platinum-palladium? There’s real satisfaction in making your own paper, it looks so much better than anybody could make for you.

I admire a lot of photography and the history of it is part of my journey. But I don’t think that I ever go into a photoshoot with any photographer in mind that I want to look like. It is very random as to what I learn from, as I see all and everything as fair game. But being original is one of the most important parts of the job, not to be too influenced by what else is going on. I don’t think I am a very trendy photographer; I don’t have much of an ability to find what is trendy or not. I focus on what I am comfortable doing.

Your starting point is having various ideas that are around what you want to say. The other piece is what the subject brings to it, the person in the portrait – how do you transform that with a collaborative effort. There is a spontaneous thing that happens.

In the end, 90 per cent of the image is my interpretation. For example, with Willie Nelson’s involvement in his portrait, this was important, and it creates a kind of inertia that trickles down and comes out in the work. I may find various angles as I move through the shoot, I see something and extrapolate from there, but you also want to let the collaboration happen.

One of the advantages of digital is that you can push the envelope in how you work and also through the computer. You can quickly see how the image is working and respond to that. But the process of how you work with the person – the relationship – it remains the same, regardless of the technology.

If I could go back in the past and take a portrait – there’s a question! I got to shoot three of the four Beatles, but never got to shoot John. That would be a nice experience. And then some of the jazz greats, back when they were in their heyday – Miles Davis, Thelonious Monk, Bill Evans – they are all big heroes of mine and would have been great to photograph. But, you know, it’s the wrong time. I have to look ahead.

Rusty Truck is my band. I wrote a record and it was a great experience, taking the visual thing and then moving into words. Playing with great musicians, you really collaborate. I play guitar and sing, and there would be six people on stage with me. In photography it is a more isolating experience, even with the assistants and the hair and make-up, and lighting, et cetera.

Photography can also be so consuming so it is good to have another outlet. It’s another muscle to develop. It makes you better, pushes you to think differently. It’s a great balance for me. Sometimes in photography you introduce the idea of theatre and performance and it helps that I have directly been involved in that with the music.

There’s so much to do.