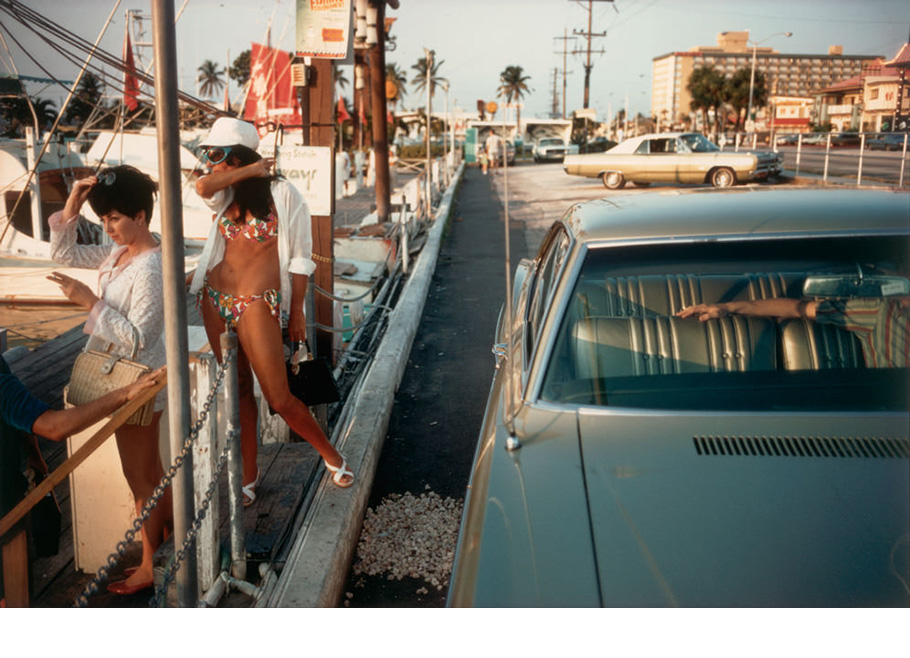 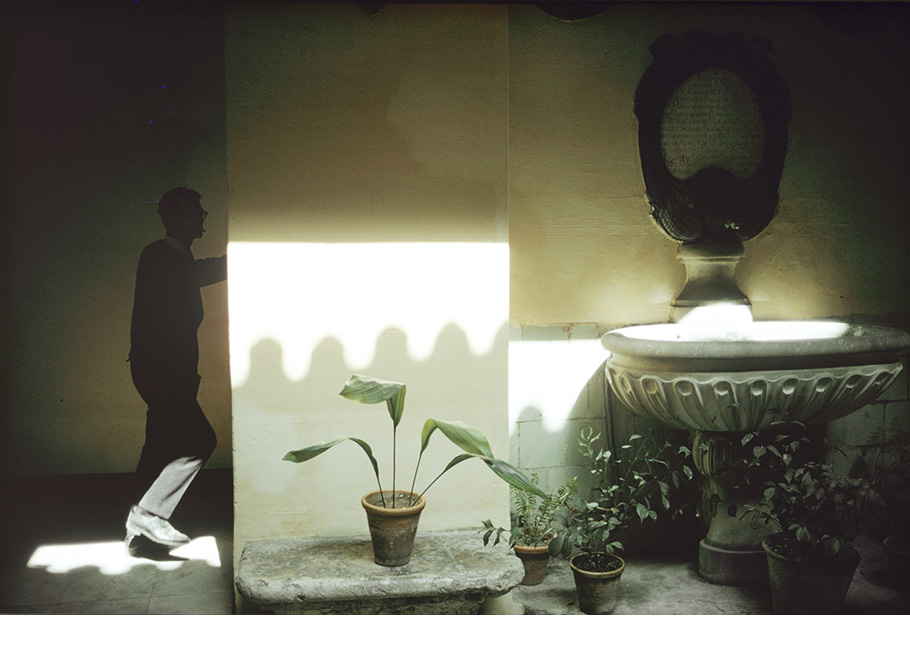 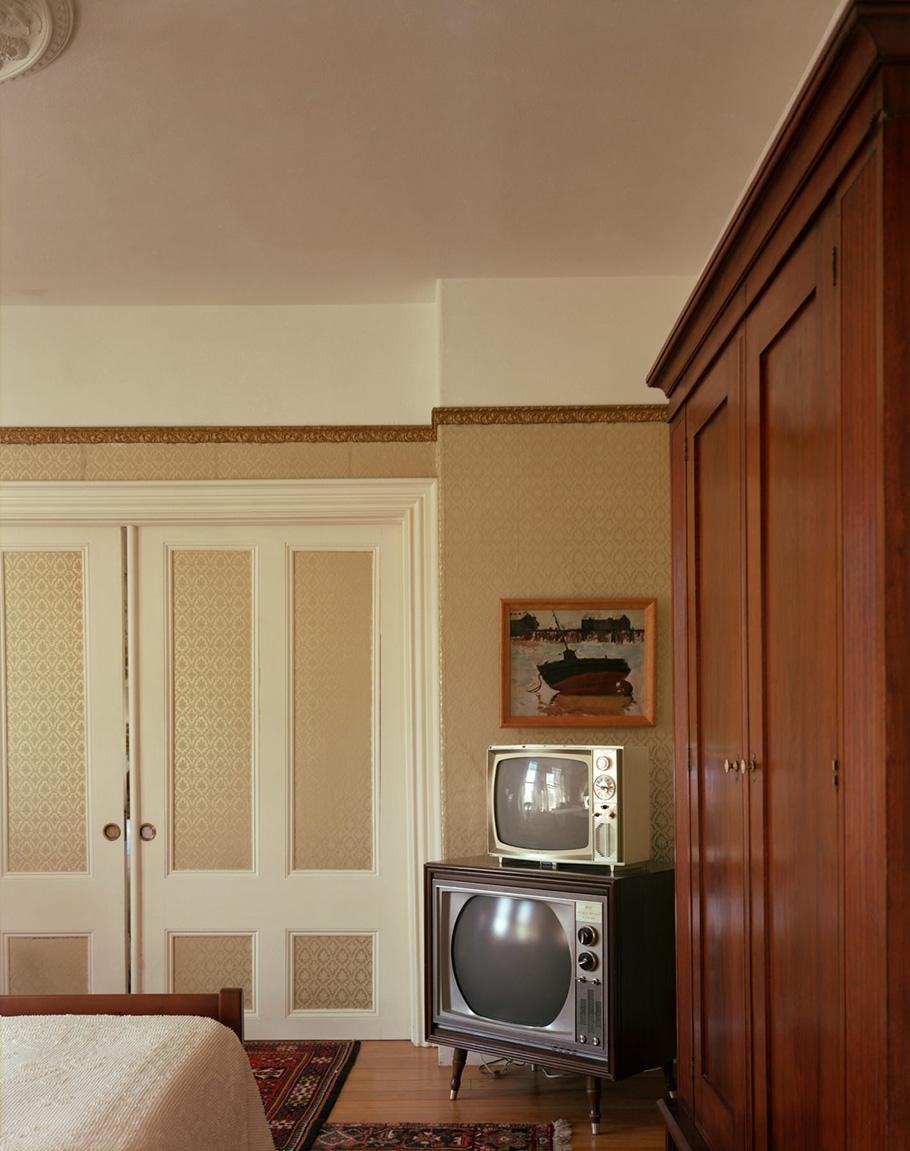 I connect to things in a visceral way. There are things that surprisingly move me and often I am shocked at the unpredictable character of these things. The camera is a reflex for me, it rises to my eye and opens up to take in that thing out there – sensation, feeling, cohesive elements that appear in front of me. It is a way of matching and absorbing the response I have to the world. It captures my consciousness and, later, this allows me to read my consciousness back like a text and understand my relationship to things or moments.

I couldn’t have explained it like that when I began forty-odd years ago. But what I saw then was that photography allowed me to move through space and time in a different way. I had witnessed Robert Frank taking photographs one day. He would move around and take pictures of things that in turn were moving – it was a physical, balletic activity. As I left this commercial shoot he was doing, the world looked different to me. When I was back on the street I saw you could raise the camera to your eye and capture that gesture that intrigued you; I embraced that physicality.

I went back to my office where I was an art director and told my boss that I was quitting. Said I wanted to become a photographer. He asked, “Do you have a camera?” I said, “No, I don’t have one.” He reached into his drawer and gave me his camera. After work, I went out to the first camera store I saw and bought two rolls of colour film. It didn’t occur to me to buy black and white film – I saw that the world was in colour and so I bought colour film. It was also pragmatic: I didn’t know anything about photography but I wanted to see the pictures as fast as I could get them, and with colour I could take them to a lab and have slides back in three hours. It took years for me to really understand that I needed to see prints, hold them in my hand, and not just project them on to a screen. Then I started to shoot in black and white, and taught myself all the darkroom techniques. And then I started to carry two cameras, one with black and white and one with colour film, and I could trade between the two. I would look to make comparable photographs and see which one made something more interesting. I saw that colour was a richer, more nuanced depiction of the world.

In the subsequent two years, which I spent a lot with Tony Ray-Jones, we were two naifs on the street. During that period I began to understand that to take a picture was to build a line of small consciousnesses that I could put together and it would describe my areas of interest. Interactions and relations, portraits; I started to understand the nature of photography slowly – I wasn’t drawn to documentary, or to save the world, I was drawn because it was a way of seeing how my mind worked. I can’t put a strict label on what kind of photographer I am – I think that narrows your parameters. I am a generalist: when the world appears interesting to me through the images I have collected, then I realize it can be my divining rod.

Years ago I had a farm and I hired a water diviner. He walked around the site and at some point he said, “Dig here.” So we did, and twelve feet below we hit water. How did he know? In a sense the stick led him and for me the camera and the pictures I make over a period of time lead me to see where my interest is strengthening.

I think a book of photographs is the most coherent way of putting across your ideas, some argument you are making about the way you see. Putting a book together, for me, has been the strongest way of using photography. But I also love the experience of a print, standing in front of something which is at an appropriate scale, so that you can dwell again in the experience. Photography has this incredible characteristic of illusion, presenting an illusion of deep space with many things going on. It stills time in such a way that if you can stand in front of it and immerse yourself in the experience it describes, you can lose yourself in there. I look for that kind of opportunity, where the photographer has been generous enough in how they have been entranced in their moment that I have an opportunity to stand in their shoes.

I use the real world: whatever the light is, wherever I find myself, I make the picture. I don’t often say I will come back the next day for it. There is only now. The moment is now, I am here now, this is happening now, take it now. The sense of that moment, the magnitude of that, is the only thing I can respond to. I can’t think about the future when I am only in the now. Photography is about the consciousness of now for me.

With digital, it is a negative asset that you can immediately see what you have got. I observed it in other photographers, and it is a temptation for me, to look straight at the image just taken. When you only have film in the camera and you start to shoot something, a small event is transpiring in front of you. Well, you move closer and keep pushing and keep moving all the time, only focusing on the event. But with digital, I have noticed so consistently that photographers take a picture and then look at the back to see what came out, while the event is still going on. The event might be getting better but they are looking at the camera. I have been training myself not to look at the back of the camera but to stay with the event. It is like a sin to be looking at the camera when the next moment actually was the best picture, but you missed it because you were looking at the last moment!

The street is like a text. It is capable of being read by me in my own imperfect way. When I am out there, I am talking to myself, there is such a noisy chatter in me, watching all the time. There is such a joy in being alive and reading what is going on. I am looking at all the stuff coming down the street and I am trying to read the possible connections between them and what might happen when they converge or dissipate. The lively potential the street has in terms of picture content is incredible, even though it is so open-ended. I am not really looking for something but looking at it, watching like waves on the shore as it throws more stuff up. It enriches the daily life for me. I am never without a camera and when I am out on the street I am open, a sense of play for the unpredictability of the bounty of street life bringing unexpected connections.

A lot of people put their intellectual concerns first with photography, but I think it is a discipline that is at first a visceral one. The primary aspect of this whole engagement with, and through, photography is to try to understand what your instincts are. Don’t go counter to that, learn what the feeling is. If your instinct says go left, then go left. If you keep following every instinct – you want to get closer, or kneel down, or jump up two steps – then just do it. The results will describe to you who you are. The visceral and the intuitive side will combine to show you your intellect as a photographer.

Astonish me! This is what I want from photography. It can be with the most ordinary thing and yet change my consciousness.