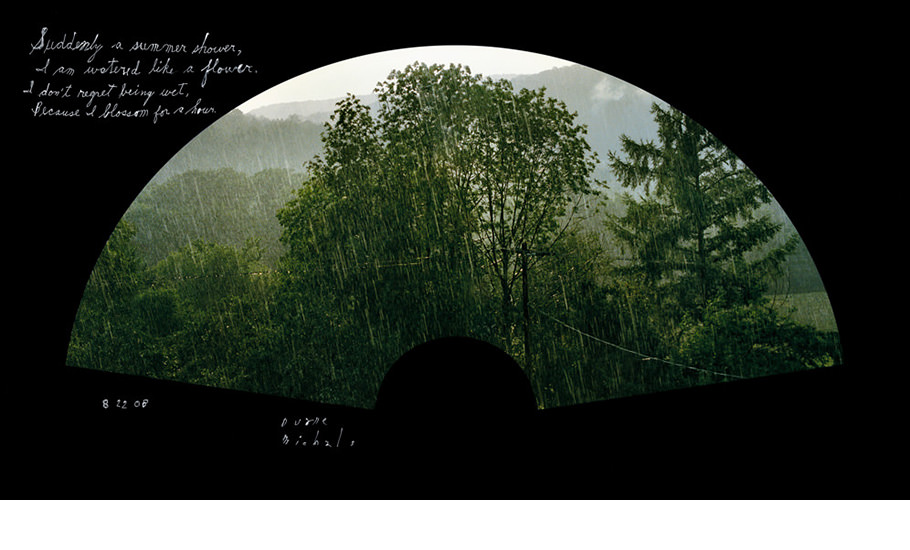 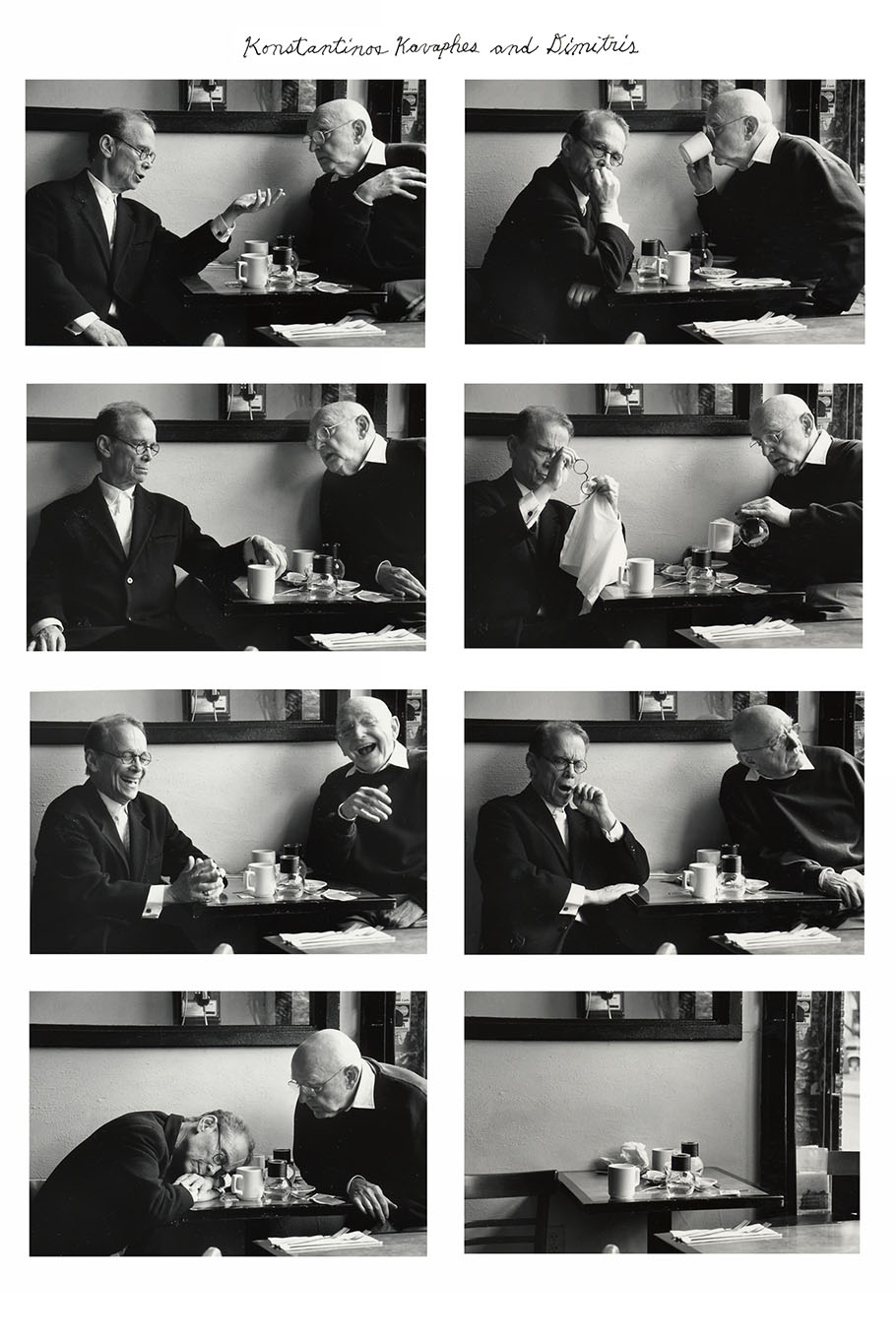 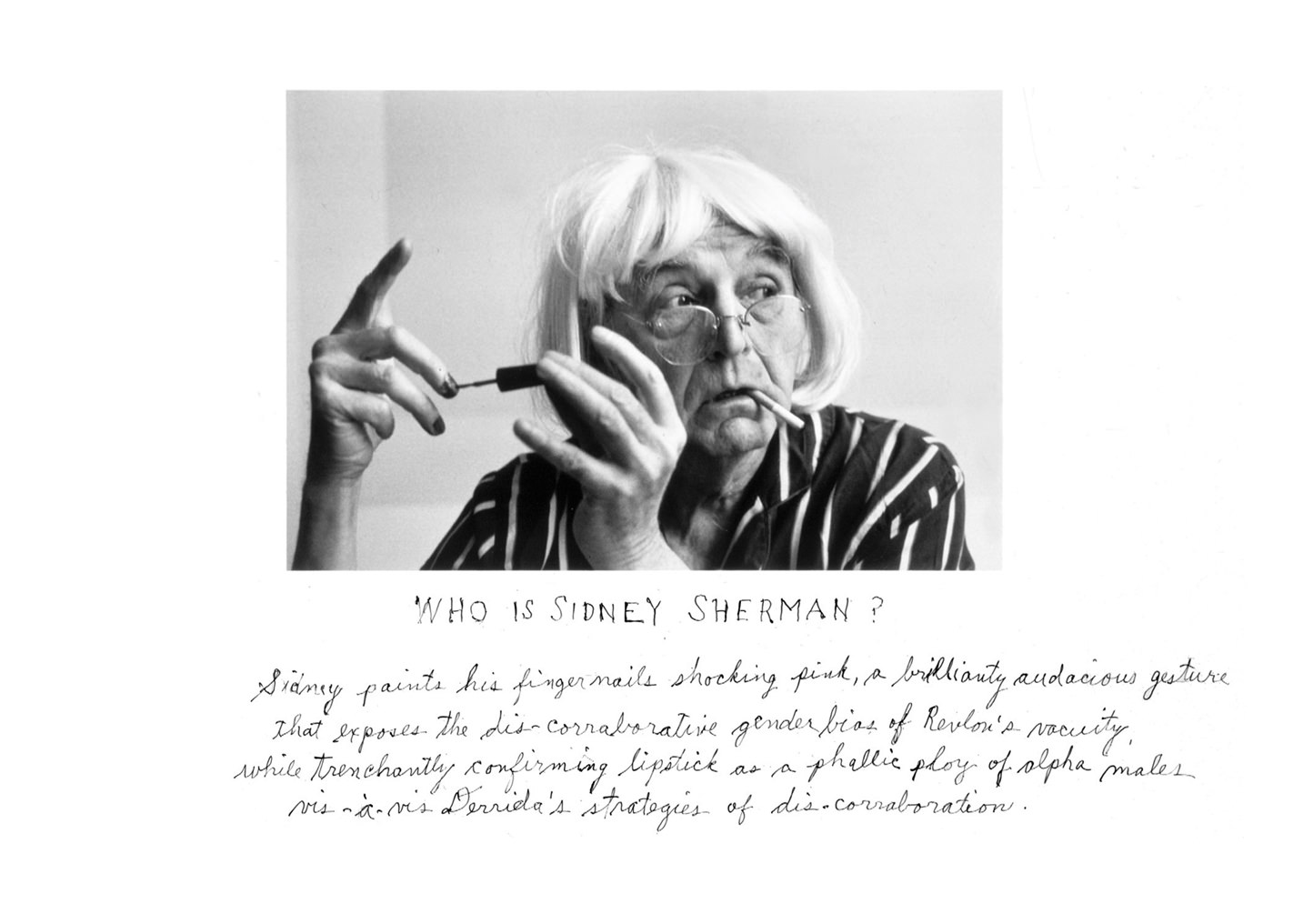 I didn’t go to photography school. I never wanted to be a reportage photographer or anything like that, and I became a photographer by accident. I borrowed a camera on a trip to Russia when I was twenty-six and decided this was for me. I initially did portraits but became very frustrated with the silence of the portrait; looking at a portrait would tell me nothing about the person, other than what they looked like. The things I was interested in were things like “Are they liberals?”, or “Are they good in bed?” or “Is she a bitch?” I wanted to show all the things people actually are beyond what they appear to be. I began to reinvent photography to suit my own needs. I think you are either defined by the medium or you redefine the medium.

I never got a studio, never had a staff, and always did my private work, which grew out of my interest in painting and other areas, not photographic issues. Being a storyteller and being very verbal, it was natural for me to find a way of expressing things I thought peculiar or interesting.

There were three big influences, all in the Surrealist camp: the first one was De Chirico, the second one Magritte, and then there was Balthus. His paintings of young girls in rooms and street scenes were very theatrical; they pretended to be real but were not. This was very liberating to me. I also encountered the photographs of Atget very early on, when there were no books around on him. I found a little monologue published in Prague and was stunned by it. All his street scenes and rooms looked like stage sets to me. I had the instinct to people these stage sets and make my own little drama. So it came out of that direction rather than any inclination to be another Ansel Adams wannabe. My instincts and influences were entirely different.

I shoot first and ask questions later. I love the impulse. My favourite moment is the moment of genesis, when the idea first comes. I have talked about a lot of things that photographers haven’t tended to talk about – abortion, political work, and other subjects that people don’t think of photographing. I don’t have any intent to have a particular effect on people or change anything. I don’t believe in that and have no ambition like that. But I do think it is important to say out loud something that you think is important, or find disturbing or amazing. I am happy to deal with all kinds of issues, but with no ambitions for them, no agenda; and I don’t believe you can plan like that. But there is a great luxury in being able to say something intimate out loud for yourself.

The greatest moment is that of conceiving, and then the act of making the photograph is a great pleasure too. It’s nice when it is published or exhibited, but creating and making, the moment of expression as event, is most delight- ful. I can’t wait to find out what is going to happen next. There is no limit on my imagination, no definitions limiting my work.

When I first became a photographer, more than fifty years ago, you had to be Ansel Adams or Robert Frank or the like, the usual suspects. But I began introducing new subjects such as dreams – nobody was photographing dreams, things you can’t see – and my premise was that the most important things are invisible. I was also interested in what something feels like; rather than photographing a woman crying, how do you photograph her grief? That, for me, is the issue.

So I was also interested in telling stories. When Cartier-Bresson’s “the decisive moment” was the definition of photography, I was interested in the moment before and after.

It was original to photograph dreams, or chance meetings, things like that. What I love now, now that I am seventy- seven – and everybody in my family goes to eighty-six or eighty-seven, and this gives me statistically ten years – I love that I have made another innovation that I am excited about: I have changed the shape of the photograph! Photographs are always squares or rectangles, occasionally circles, but now I am using the fan shape. It comes from the Japanese and fin de siècle France, where there was a huge interest in Japanese culture. The likes of Bonnard, Gauguin and others all did fan-shape paintings. But nobody has done a fan-shape photograph and put writing with it. I love thinking that in perhaps my last functioning decade I have redefined photography!

My advice to somebody starting out: do not try to be an artist. Forget about art; don’t even use the word art in your vocabulary. What you have to find out is if you have anything to say – you have to find that bug up your bum. You have to find that thing that moves you, that part of your psyche that needs to be scratched, like an itch. Then one day it might become that thing called art, but do not try to be an artist, and do not want to become rich and famous. Find your passion. Find that thing inside yourself that needs to be said out loud. Forget art, and forget art schools unless you are desperate, and focus on finding that thing.