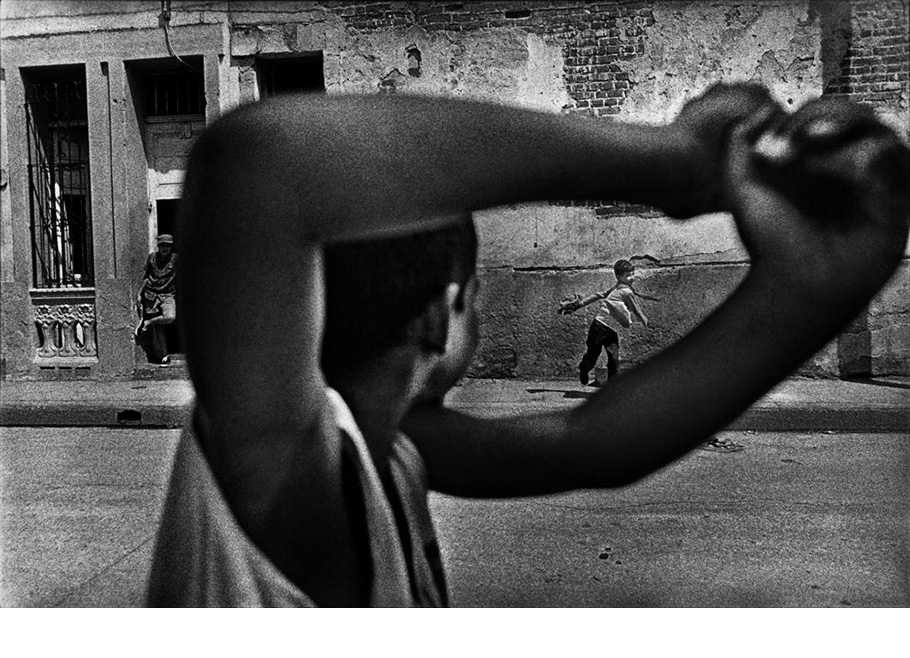 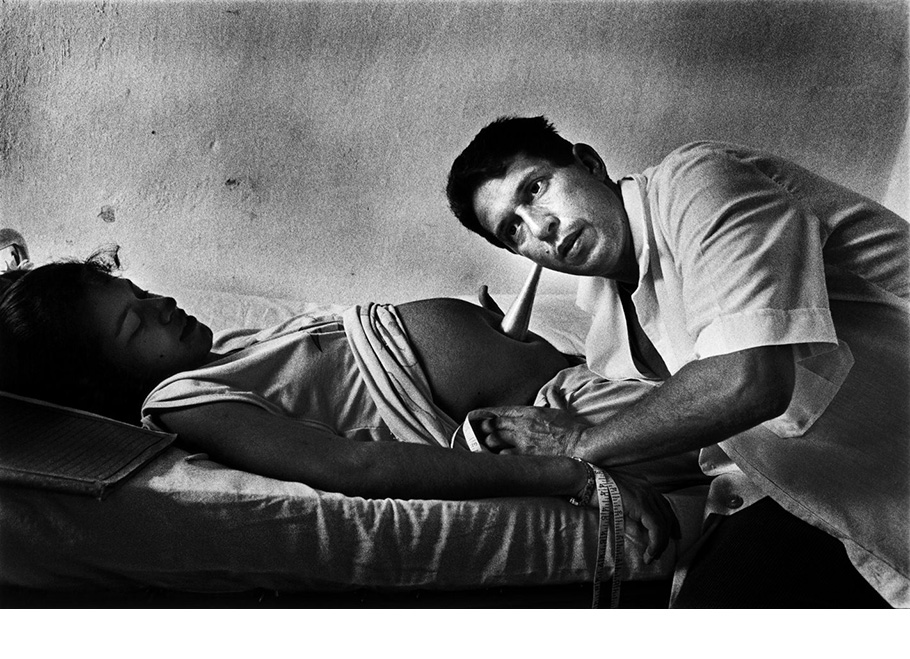 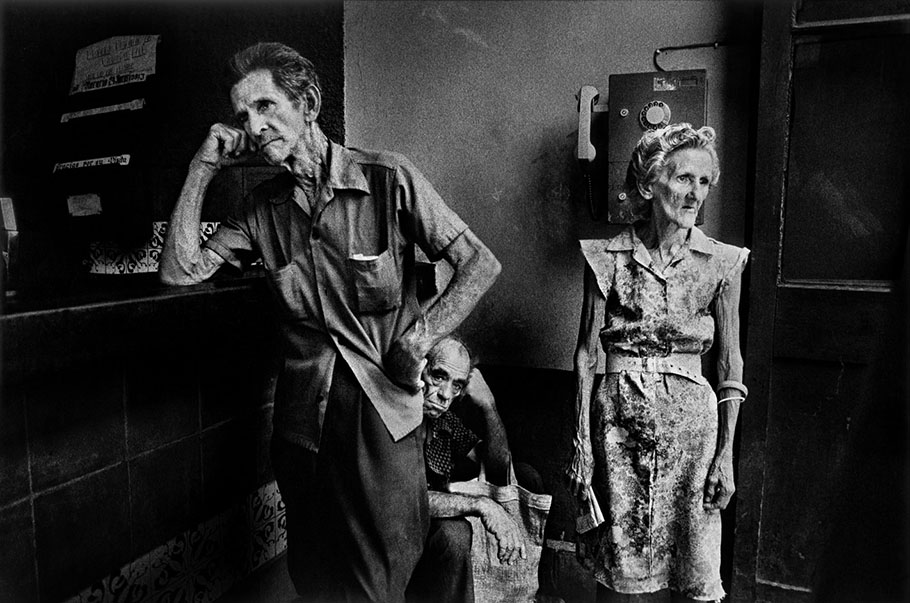 I went to Cuba in 1992 and it was love at first sight, for the island and the people. I realized after a few trips that Cuba reminded me so much of my wonderful childhood in Sicily. Time had stopped in Cuba in a way, and so it was a little like Palermo when I was growing up. I met my future wife there and became father of twin boys.

I started out taking pictures as a street photographer. But then I realized I wanted to get more intimate images. So I photographed my own family, my kids, relationships between them and my wife, and such things. One reason I stayed in Cuba so long was because I really loved the countryside. It is so close to the Sicilian countryside. Some of the farmers I befriended became my best friends; when I would go and take pictures of them it wasn’t like just showing up and then start taking pictures. There was almost a ritual: with the farmers I would drink some rum, we would talk about life, and sowing and harvesting crops, and finally I would start taking pictures. I did that for five or six years. My book BazanCuba combines all these pictures – reportage, family, friends. It is important that all these things are in my work.

I realized if I wanted to probe more I had to ask the government if I could really gain access to restricted areas. I wrote a naive letter to Fidel Castro explaining what I wanted to do, with a long list of where I wanted to gain access. To my great surprise, I got a letter a week later saying it was fine to photograph the army, the sugar cane mills, and other things I wanted. I think I am the only foreign photographer to gain so much access. Once I was right in a war game, running with the tanks as they were trying to defend from a possible invasion. It was an interesting experience.

When I was growing up, about the time I was graduating from high school, I had a dream. In it I dreamt the words “you must be a photographer”. So I woke up next morning, remembered the dream, and told my parents I would be doing this for the rest of my life. I like to believe, with hindsight, that this was not just a dream, but a revelation by the divine forces of life. From that moment these forces have been opening up my path and I have been taking photographs. It took me to study in New York and to be a member of Magnum at an early age. I left there and went on to be fortunate enough to win many awards. I later grew tired and bored of commercial assignments with magazines. I decided to start my own photographic workshops. And this is now how I make an income. Students started arriving on my doorstep in Havana, and now in Mexico. I teach my workshops all over Latin America, also in New York, Sicily and elsewhere. Besides trying to be an inspirational teacher for my students, I have created a space for my own work, where I only take my own pictures without making any compromises.

BazanCuba, the book, was edited by fifty of my students, friends and myself. I learned so much about editing through teaching and wanted to democratize the process of editing the book. All of the students and friends gave me wonderful feedback, even the real beginners. The workshops have turned my life around 360 degrees.

I teach what it takes to take a good picture. A good picture needs to have a good balance of content and form. If a photo is lacking either one of those it is not going to work. It will be leaning too much to being either an aesthetic exercise or devoid of meaningful content. I work in long editing sessions on the pictures on what works and what doesn’t work; we look at how the images convey emotion, inquire into how the students feel about the images. After ten days they come away with a real understanding of what works. We always try to capture the quintessence of life, if we can, in the work we are doing. We look to capture the essence of different moments, the feelings and sentiments. We try to squeeze the essence out of reality so that the viewer, wherever they are in the world, can recognize themselves in the moment, in the universal.

All my work is very spiritual, even though I am photographing the most mundane aspects of life. I am not a photojournalist in any way; I consider myself a stray dog walking around looking for food to feed my soul. I am not interested in being labelled, for example, as a street photographer. I am not. My project is far from being journalistic; it is very personal. I convey my view on how I see the world.

I love shooting on film. There is something special about look- ing at contact sheets. People who have switched only to digital can overlook how important contact sheets are – they are more than a visual diary. After a few years, when you are detached from when you took the pictures, you can rediscover gems.

We need to go beyond our normal eyes – learn to use the internal eye, see things with the heart and the soul. In that way, you get more in touch with the feelings that people are sharing and by doing so the pictures become more personal and more spiritual. It is very difficult. I tell my students that if by the end of a workshop they have one or two images like that, then they should consider themselves totally satisfied.